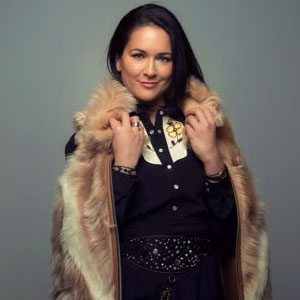 Emotion AI, once the ‘ugly stepchild’ of artificial intelligence, its moment, as revealed at the inaugural Emotion AI Summit at MIT Media Lab in September. It is poised to create a step-change across all sorts of sectors, including the one I am steeped in, which is marketing.

Years of ad testing conducted using emotion AI has proven what we have always known: that emotion is core to effective advertising.

Beyond that, however, it is teaching us how emotions work and how they correlate with various marketing objectives.

Most learnings to date from Emotion AI have come from ad testing. But thanks to the growing ubiquity of Emotion AI with more and more human emotion data that can be captured through front-facing cameras on smartphones and voice-computer interfaces, it has the potential to play a more central role in reshaping how brands go to market.

Given the advertising crisis we are in, this could not be coming at a better time. This will call for a recalibration of our current practices.

What Emotion AI has taught us so far

Emotion AI testing has shown us that content is more effective when it is more emotional. Beyond that, it is important that content is eliciting the right emotions. Generally speaking, positive emotions correlate with engagement, sales, and loyalty; contempt is the emotion that can cause the most harm. The shift from negative to positive emotion is powerful, and ultimately pushes sales uplift. However, when testing movie trailers, extreme sports, and VR experiences, generating typically positive emotions could be a sign of failure, not a success. Understanding emotional context to deliver higher-level relevance is equally critical. When advertising a trailer for a scary movie the most effective context is when the user is already consuming content that elicits fear. Getting the emotional context wrong can be potentially upsetting (like an extreme version of poor targeting) and comes at a high cost. Emotion is inherently contagious. In media, emotional content spreads 10x more than interest-based content.

Positive emotions correlate with engagement, sales, and loyalty; contempt is the emotion that can cause the most harm. The shift from negative to positive emotion is powerful, and ultimately pushes sales uplift

What we need to do

The opportunity is to take these learnings and build them into a system to activate emotion-based advertising at scale. Here are three ways we can get started.

Re-categorize media according to emotionality

To activate emotionally aligned media at scale, we need a system that scores the emotionality of content. This has been possible to an extent, through machine learning based on content interactions, but is missing the opportunity we now have to use real human inputs (not proxies, like clicks, time-spent and engagement rates) to truly rank media according to emotion. For example, a new app, Happy Cam captures unconscious emotional reaction to content by reading facial expressions. It then categorizes the actual emotions that the content has triggered in others. We should accelerate the scale of such applications to scale emotionally indexed content.

The opportunity is to re-focus media budgets on scaling the emotional content. Emotional content spreads 10x more than interest-oriented content on its own… the opportunity with paid media is that it spreads that much further, targeted to the most relevant target consumers. Instead of interest-based lookalikes, we can start to build emotional profiles of our customer base, and then scale by identifying emotionally similar consumers and moments.

Contempt can mean losing customers, while Joy is effective at driving a sale… We already know that emotion has a direct correlation with marketing impact. Building out these correlations, establishing benchmarks and using them as KPIs in our media plans could be game-changing. Instead of optimizing to exposure, clicks and other proxies for engagement, what if we optimized advertising to emotional response rates, with known correlations to business impact?

With the emergence of emotion AI, we finally have the opportunity to put emotion at the very heart of marketing. A more effective system than the rather broken one we have in place today, and which can cater to emerging user interfaces of VR and AR, which are geared to creating more emotionality. 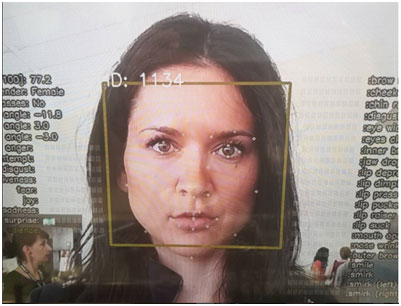 Embed: Transforming the Business of Fun to Prosper During the Pandemic

Unlocking the Value of Connected Cars

Comprehensible Distribution of Training and Information...

The Current Focus is On Comprehensive Solutions

Big Data Analytics and Its Impact on the Supply Chain

Carmax, the Automobile Business with IT at the Core

The CIO's role in rethinking the scope of EPM for...

Transformative Impact On The IT Landscape

Get Ready for an IT Renaissance: Brought to You by Big...

Technology to Leverage and Enable

Speed is the Name of the Game

What It Truly Means For IT Security To Bea Business Enabler

Policy is a Key Solution to Stopping Packaging Waste

Congestion-Driven Basis Risk, A Challenge for the Development of...

However, if you would like to share the information in this article, you may use the link below: